At Everpeak Partners, one of the most common types of projects we take on is the Lightning migration (going from the older ‘Classic’ interface to the newer ‘Lightning’ interface) For those considering switching, here are my thoughts as a system architect and a user of both Salesforce Lightning and Salesforce Classic for years. Two years ago, you’d be a pioneer to be on Salesforce Lightning. One year ago, there was a strong argument to migrate. Today in 2018, it’s a no brainer. Salesforce has fixed enough bugs and so many improvements that the threshold has been clearly crossed to the point that I recommend Lightning to all my clients. I can confidently say that a migration from Salesforce Classic to Salesforce Lightning will have a very high ROI. Here are three reasons why:

I had a client that had one division of the business on Salesforce Lightning and another division on Classic (the old UI). The client-side project manager I was working with had to log in as a different user on one of our calls and the user was from the division on Classic. His immediate reaction was “it feels like I took a time machine back to the 1990s.” The truth is, it’s easy to get very confortable with Salesforce Classic but you are working on an extremely dated and old interface. Sure, you can use Windows XP or Mac OSX Panther, both released in 2003. Sixteen years ago, software interfaces worked well. But the technology developments over the last 16 years have made huge leaps and bounds.

With Lightning, the color scheme is pleasing to the eye, the spacing allows the eye and brain to take in information at an easier pace and the layout allows for more to be done with fewer clicks. While fundamental system architecture hasn’t changed. We still have dropdown fields and checkboxes and relationships between objects in the system. Leads, Contacts, Accounts and Opportunities are still at the core of Salesforce Sales Cloud. However, the look and feel of the system is totally new. It’s not a new skin, but it’s new in a fundamentally different way.

There is one field which holds much more value than all the others on the Lead object and another on the Opportunity object. On the Lead, the field is called “Status” and on the opportunity, it’s called “Stage.” These are the two fields that dictate where you are in the sales process. In Salesforce Classic, it’s just a regular old field, but in Lightning, there is a component on the top of the page layout called Sales Path. (See below) 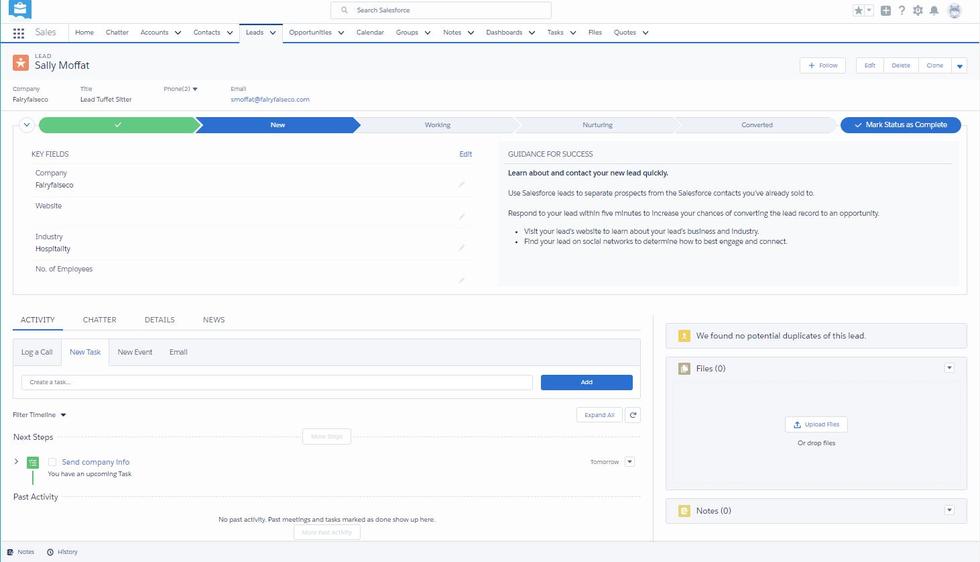 Sales path allows for a visual view of the field in order and it allows for the delineation of the stages of the process are further expanded upon with a tool called Kanban view. This is a view that allows users to drag and drop leads or opportunities into different stages. It can calculate the total value in a stage without the need to run a report. Kanban allows for a quick visual reference of where a user stands with his prospects.  (see below)

Reporting in Salesforce is fundamental. For many managers, reporting is the #1 feature of the system. With Salesforce Lightning, the interface for reporting is significantly improved. It’s more than just a new look and feel. The functionality has been expanded. Take for example the fact that within a report, a preview dashboard component can be created. (See below)

Additionally, there are major improvements to the way that dashboards are built. Salesforce Lightning allows for dashboard components of different sizes and  allows for more dashboards to be added to the homepage. It goes without saying that the new interface for reporting not only adds some useful features, but it looks much better. It’s don’t just look slick, it feels very slick. 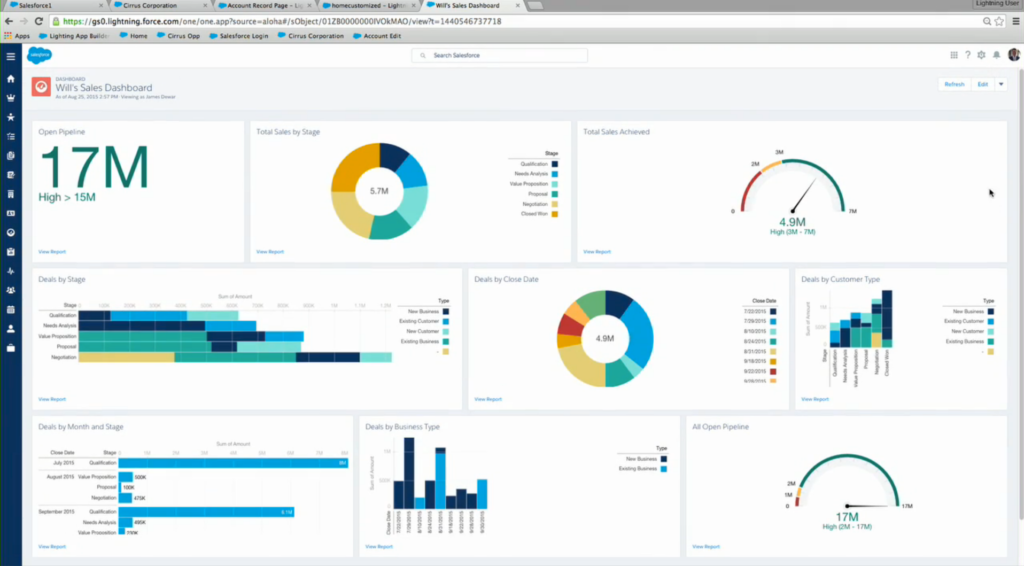 In conclusion, it should be apparent that Lightning has made tremendous improvements. From interface to actual functionality, the modern update to Salesforce lives up to the hype. Everpeak Partners has tackled many Salesforce migrations from Classic to Lightning. If you have questions about Salesforce Lightning, please reach out to us at info@everpeakpartners.com.

Also for training resources on getting started with Salesforce Lightning check out the following resources:

Finding your way around records

“Get Your Bearings on Lightning” Trailhead Page

Be More Productive with Salesforce Lightning

Here is where you can find us on social media: